Shopping Cart
Your Cart is Empty
Quantity:
Subtotal
Taxes
Shipping
Total
There was an error with PayPalClick here to try again

Thank you for your business!You should be receiving an order confirmation from Paypal shortly.Exit Shopping Cart

Electrical and HVAC Upgrade to the U.S. Embassy

This project consisted of the renovation of the basement and floors of the Chancery; New Wing; basement, ground, second and third floors , and a section of the power building.

Preservation of the historical character of the structures was of the utmost importance during renovations. The historical value and significance of the Embassy compound cannot be overstated. The buildings on the compound were built in three phases. The first structures were erected in the 16th century. A new wing was added in the late 19th century, and a final addition was constructed in the 1950's.

In 1946 the United States Government purchased the Palazzo Margherita to house the American Embassy. The American staff soon discovered that the imposing ediface hid some serious problems. The building had a single, ancient elevator and the electrical system was inadequate. However, the most serious problem for the Embassy was still lack of space. Even the spacious Palazzo Margherita did not prove large enough to hold the entire American staff. The U.S. Government began extensive alterations on the buildings of the complex. Between 1949 and 1952 Palazzo Margherita underwent major renovation. The interior of the palazzo was restored as closely to the original design as possible while amenities such as plumbing and heating were modernized. A "New Wing" was constructed behind the palazzo to increase office space where a terrace and bridge once connected the Palazzo Grande with the upper garden. The floors, ceilings, roof, and terraces were restored. 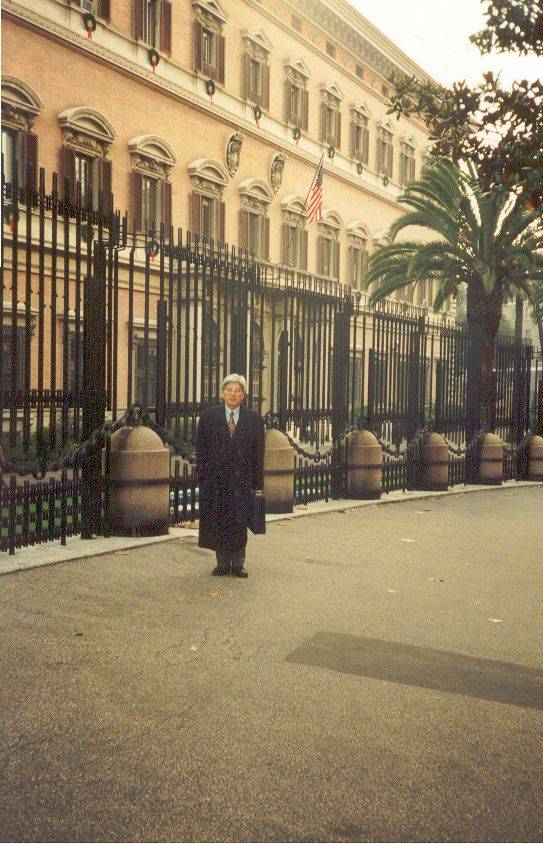 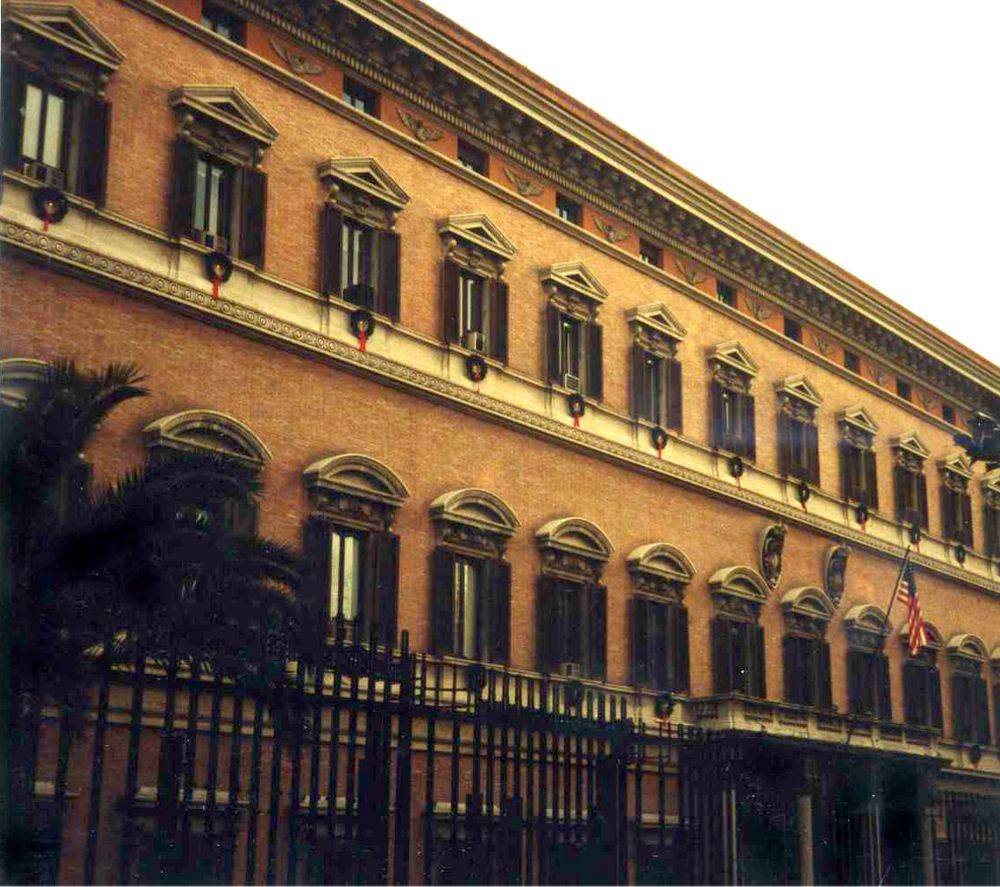